Now we are really getting to the fun stuff!  Odaiba has something for every member of the family.  The first place we hit was Joypolis, an indoor amusement park.  They have indoor roller coasters, arcade games, giant interactive video screens everywhere, and a lot of virtual reality games featuring race cars, jungle expeditions, and even a tour of terror using VR technology.

The line was long but moved very quickly. 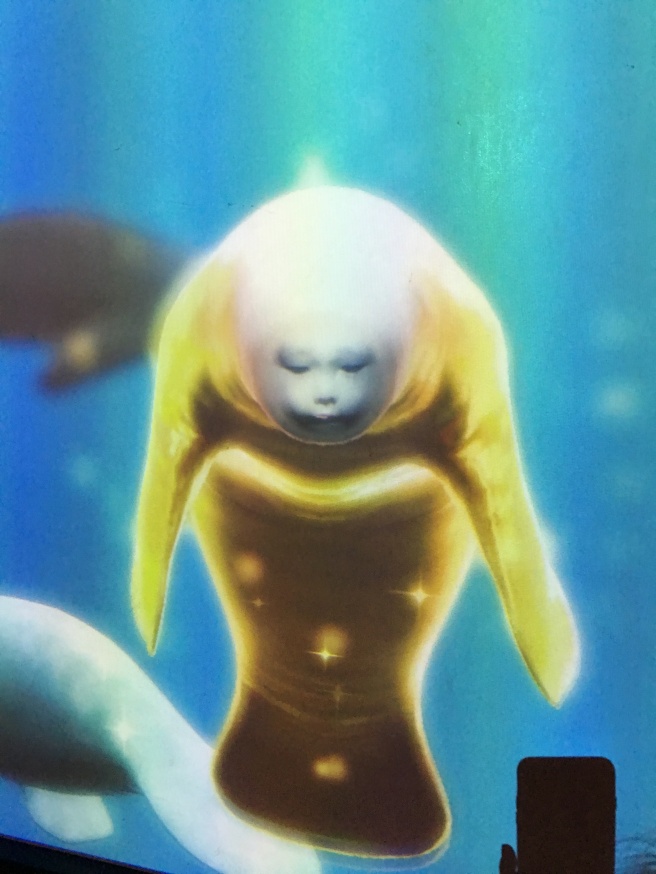 My kids loved the many giant interactive screens.  For this one, my younger son, Cameron had his face scanned and put into a walrus.  The walrus makes faces, blows bubbles, and eats food that you can release by pressing the food button. 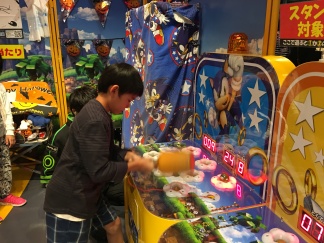 Cameron whacks some Sonic the Hedgehogs.  On the right, the boys have fun with the giant joystick that controls the chairs beneath them.  Don’t fall off Cameron!!

After going to Joypolis, we moved on to the Lego Discovery Center.  This place was AWESOME and crowded. 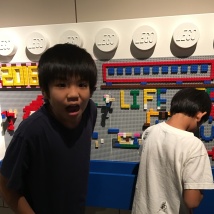 They enjoyed all the creative activity stations. 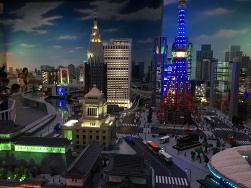 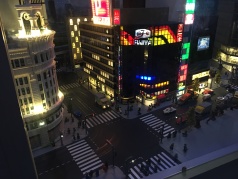 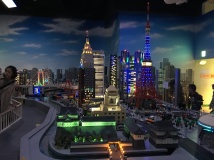 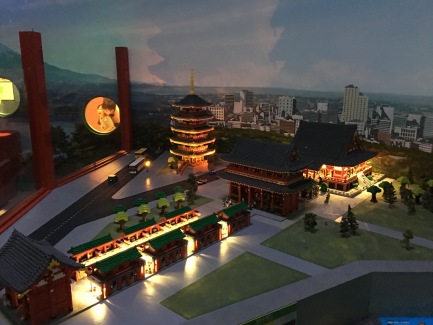 The Lego City features many of the famous landmarks in Tokyo.  The lighting changes to display day and night time scenery.

For the adults, we continued on to VenusFort. 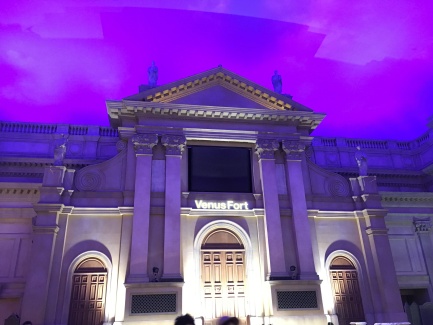 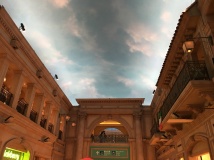 Besides the many shops, one of the highlights was the History Garage. 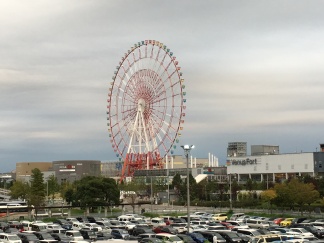 Odaiba is near the ocean and it felt much more airy than Shinjuku.  Next stop, Ueno Zoo!