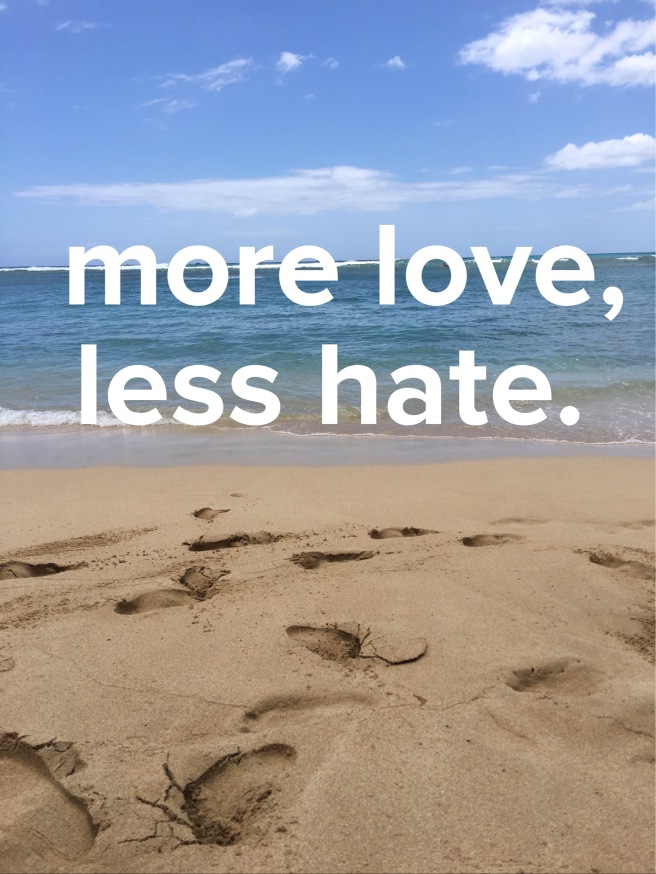 Another shooting. Is this becoming some common occurrence in our country? It hurts me to think that much like our Honolulu, Orlando is a place people go to for vacation, have fun in the sun, and celebrate life. Also, about 20 years ago, I had a close friend who left Honolulu, and moved to the east coast, to avoid being shamed and judged by his family for his sexual orientation. Going to a nightclub, much like the one where the shooting occurred,was the only place where he felt free and accepted. It was a place where others could exist in solidarity and not fear judgement. The act of this shooting is a vile message of hate. One of my Facebook friends commented that, “..removing guns from the world isn’t going to keep violent F’d up people from killing. They will use knives, syringes, homemade bombs.” I agree that if people are “F’d up,” they will continue to kill and F’d up people need help, mental help.

Seriously, it angers me that we even need statistics to show whether or not gun violence is a mental health issue. Common sense would tell you that if you’re killing mass amounts of innocent people, something is wrong with your brain! Right?

Although we may be angry, we must also be wise. We can ask, “WHY?” all we want. Ultimately, we must figure out HOW to move forward. Since there is no satisfactory answer to – “WHY?” MC Yogi gives a perspective as to HOW we can change direction together,

“When terrible thinks happen, it creates a spiral. It takes a great deal of effort and energy to lift ourselves out of that darkness, that downward pull. But, if we’re wise we can swing the momentum of our mind and move in a different, more uplifting direction….If enough of us can hold the light and push forward in the direction of LOVE, DIGNITY, and STRENGTH, we can turn the cultural tide.”

View all posts by OneLuckyLocal